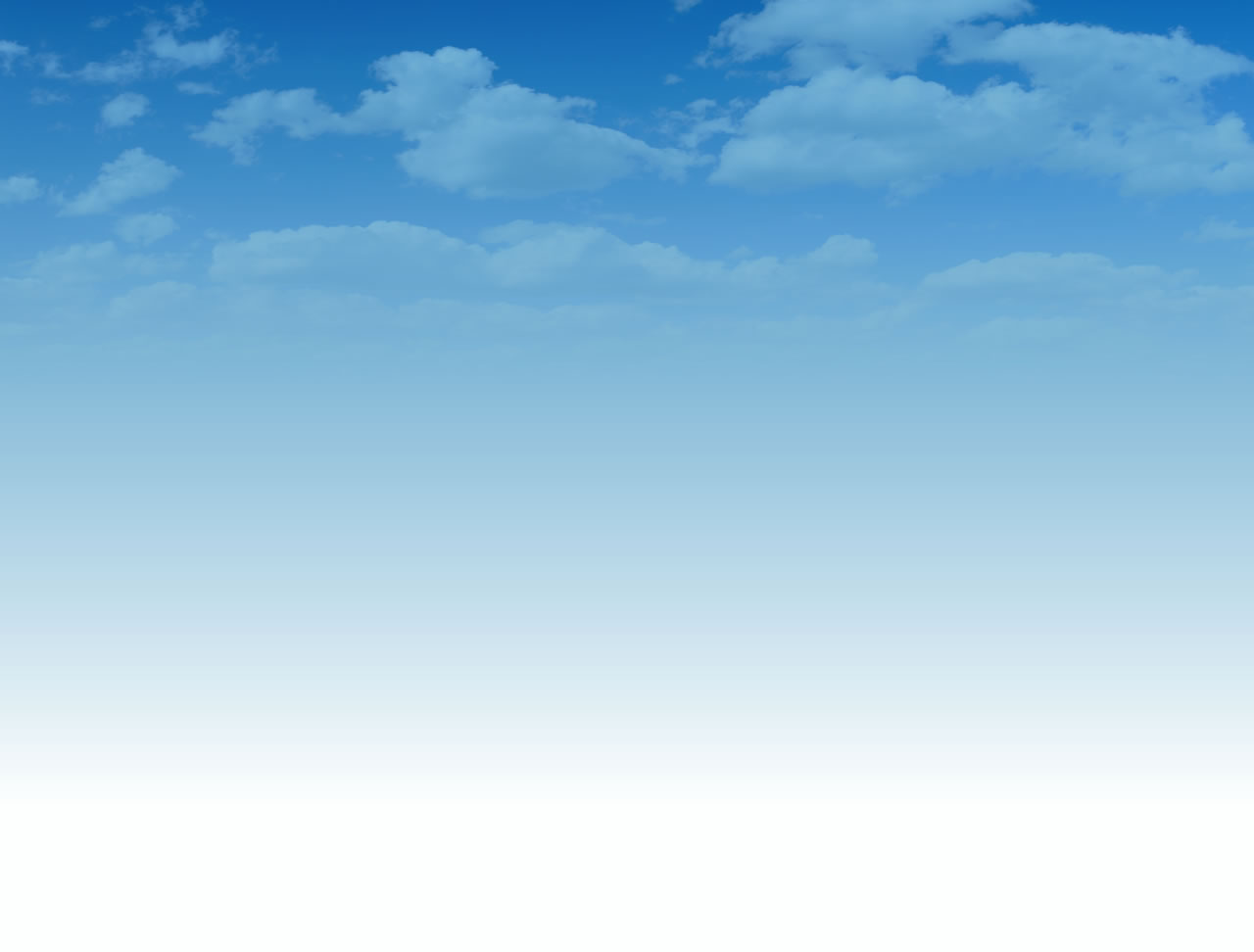 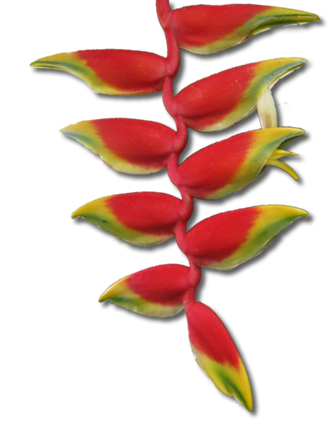 What does a flower grower in North Queensland have in common with swimming sensation Liesel Jones and the ‘ballet dancer’, Scott Martin?

Who can forget the images beamed into our lounge rooms (and millions of others around the world) of gold medal Winners and heroes of the recent Commonwealth Games, swathed in their national flag and waving that unforgettable bouquet of flowers. A bouquet that captured the imagination of the world, featuring a combination of Australian native and cultivated flowers and grasses. Over the course of the Games a total of 1,277 bouquets were presented to medallists.

lnterflora’s winning design was a triumph for the flower growers of North Queensland who had the job of supplying the bulk of the striking tropical heliconias. The Commonwealth Games also provided the opportunity for North Queensland flower growers to showcase to the world the diversity and wonder of their anthuriums, heliconias and mini gerberas reflecting the lush greens, deep reds and oranges of the tropics. 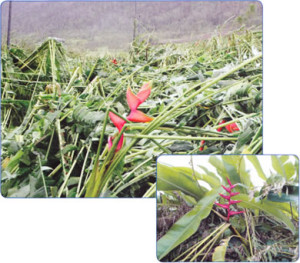 The happiness on the athlete’s faces bore little resemblance to that on the faces of Charlie, Robert & Heidi Piccolo from Basilisk Blooms on the morning of the 20th of March as tropical cyclone Larry was approaching their property at Boogan, 10ks south of Innisfail. Cyclone Larry was, from all weather reports, a Category 5 and Boogan it appeared, was in the eye of the storm. There was little Robert and his family could do to prepare for the onslaught total destruction of their heliconia farm was imminent.

News reports later that day . . . .”lnnisfail bore the brunt of the destruction, with authorities reporting many houses destroyed and hundreds of millions of dollars worth of crops wiped out.”

In the weeks before the cyclone the Piccolos’ were rising before dawn to harvest their heliconias and ship them to the lucrative markets in the southern states. The demand for their product was growing and supply was plentiful.

Meeting the demands of supplying flowers to the Commonwealth Games was a challenging time, but pales in significance to the challenges ahead as Robert & Heidi mop up from the destruction and havoc caused by the cyclone during the last week of the Games. Sadly, they never got to supply their final orders to the Games.

Basilisk Flowers grows more than forty or more varieties of heliconia and eight of ginger. Species vary in height from 1-3 metres. Robert informed me that 90% of his crop had been damaged by the 320 kph winds and thrashing rain. More than $280,000 worth of commercial flowers across 5.6ha were destroyed, as well as the business shed and office. “We’ve lost a year’s worth of flowers and we’re going to be out of business for 12 to 18 months”, Mrs Piccolo said. “We’ve had to lay off workers and we’ve lost our whole income.”

Charlie Piccolo informed me that he has always taught his son to be resilient by taking the blows in life and then getting straight back up to get on with the job of rebuilding. “This devastation, he said, was just one of life’s hiccups and that the family would move on and grow from the experience.”

What a hero — no, not standing on the podium holding a gold medal, but a true Aussie living legend, none the less! Charlie, Robert and Heidi are just three examples of the strength of the Aussie character. Although life has dealt them a heavy blow, they will, with the financial assistance provided by Government, and the support of the Australian community, pick up the ‘baton’ and once more dedicate themselves to achieving their personal goals and dreams for the future. El

Watch this space… We will catch up with Robert and his family and review their situation in a future edition of the Australian Flower Industry Magazine.